A Magical Land of Free Abortions 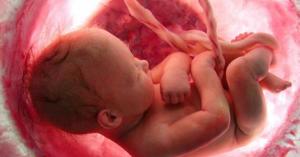 A few mornings ago, I visited a family at the hospital. As we discussed their loved ones serious condition, at one point, lilting chimes played a sweet lullaby over the public address system. We paused our conversation, and one noted,

For a brief moment, the burden of a loved one recovering from a serious injury was interrupted by the welcomed announcement of a baby’s birth. For whatever reason, my mind transported back 2000 years to the Judean hills just outside Bethlehem.

The Bible records in Luke 2, the most important birth announcement in world history.  Instead of chimes and a soothing lullaby, an angelic choir shattered the silent night with a glorious choral arrangement. The shepherds quaked in fear as the angels announced the Messiah’s arrival.  After the multitude of heavenly beings disappeared into the heavenly realms, the shepherds followed the angel’s instructions, and hurried to find a

“babe wrapped in swaddling clothes, lying in a manger.”

They found the newborn and his adolescent parents huddled together in a musty, dank, smelly stable. Undeterred or confused by this little one’s lowly beginnings, the shepherds left holy ground, serving as the first evangelists to point people to Christ.

Two Sundays ago, a church member sang “A Baby Changes Everything,” in our worship service on Sunday. The song shares the point of view of both Mary and Joseph and their handling of a newborn child. Adding a newborn to the household is a game changer. My wife and I have six children and every time we’ve brought a baby home, the household routine takes a back seat to the infant’s schedule…or lack thereof. But would we have it any other way? Absolutely not! However, there are those who believe the disruption isn’t worth it and opt out of a perfectly viable pregnancy via abortion.

The abortion giant Planned Parenthood has garnered much attention as of late in regards to their handling of the remains of aborted babies. Undercover investigative journalists uncovered unethical practices at several differing clinics across America. It seems that this entity would strive to keep its nose clean to allow the outrage of Conservatives to cool. However, a recent Tweet confirms that the abortion leader feels little remorse about their deviant practices. Someone from Planned Parenthood actually tweeted the following:

“Imagine ‘life in a magical land where abortions and birth control are free and plentiful’ This place exists.”

I’m guessing the place is hell.

In actuality, we should imagine a land where every life conceived is given every opportunity to enter the world and be cherished and loved. Instead, many view the fetus as a burden or compare the unborn child to a tumor or clump of cells, disregarding that God considers the child a masterpiece of His own design.

I can imagine a magical land where abortions and birth control are free and plentiful. In fact, we’re living in that Country now. Okay, so abortions might not be free, but aren’t they plentiful? Does 1,000,000 abortions per year sound like a paltry sum? Should we strive for more? Maybe Planned Parenthood could host a telethon in the same vein as the MDA televised specials of old.  Every time another baby dies, they add a number to the electronic numbers board. Let’s shoot for the moon! And birth control? Most pills cost a mere pittance and there’s still the option of a truck stop bathroom.  And for those who really are desperate for free abortions, let me warn you, free doesn’t mean cheap. It’s costing the collective soul of the United States of America.

This Christmas season, let’s cherish life and celebrate the greatest gift of all. We all should drop to our knees and thank God Mary didn’t visit a Planned Parenthood.